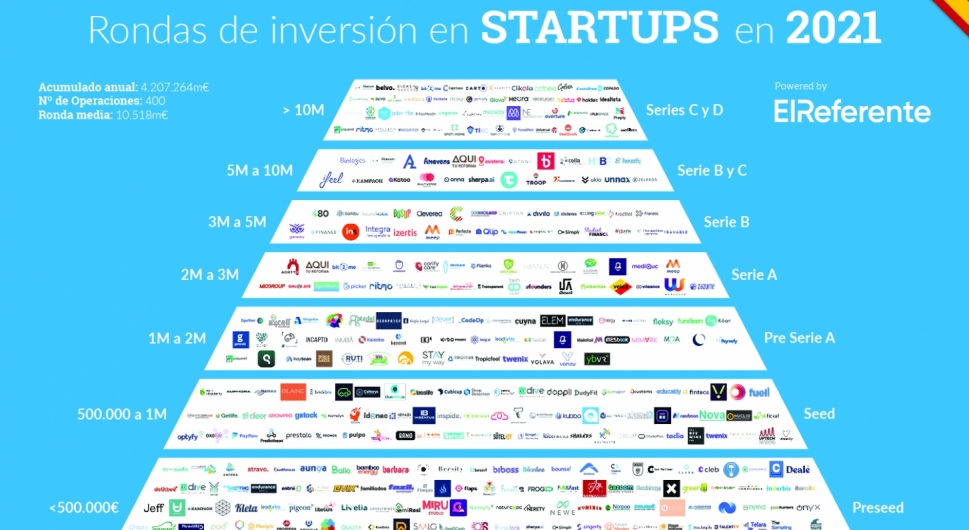 The year 2021 closes with the highest cumulative number of public operations carried out in Spain in a single year (more than 400) and with more than 4,160 million euros invested in Spanish technology companies. This represents a quadrupling of the figure for each of the three previous years. Each of them amounted to around 1,000 million euros.