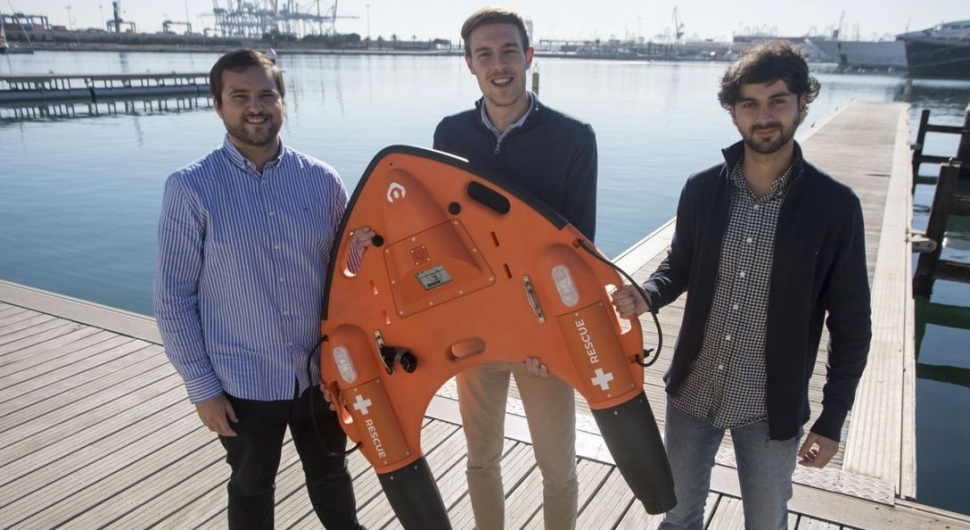 Valencian startup Proteus Innovation, which is being accelerated at Lanzadera, has patented a marine drone that can speed up beach rescues thanks to its speed. The invention, which is commercially called Nàutic, can be launched from a helicopter to help those shipwrecked on a skiff because it is capable of turning itself around once it enters the sea. The drone, which is manufactured entirely in Spain, costs 9,000 euros and the company has just started to market it. The drivers of the project are Valencian engineers Miguel Ángel Sánchez, Julio Ferrando and Jorge Pradas.