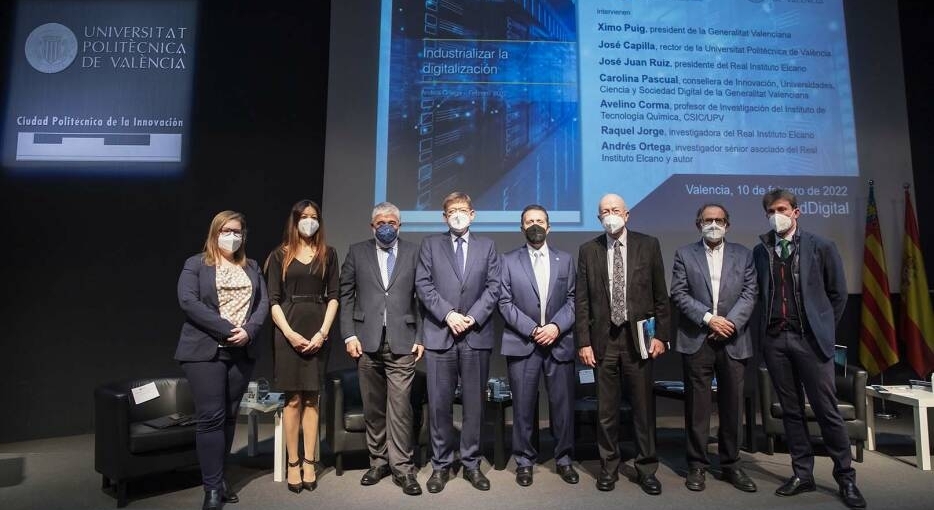 The Blue Cube of the Polytechnic City of Innovation (CPI), the Universitat Politècnica de València's science park, hosted a simple yet highly symbolic event in the field of innovation on Thursday. The presentation in Valencia of a public policy proposal (Policy Paper) entitled Industrialising digitisation by the Elcano Royal Institute is in itself a nod to the Valencian ecosystem, as it is the first time that this think tank, first among Spanish think tanks in international rankings, has taken the launch of one of its policy strategy documents away from Madrid. "It is no coincidence" the choice of Valencia, remarked the president of Elcano, José Juan Ruiz, who pointed out that Spain "can learn a lot from what has been done here" in an area in which "we have a lot at stake".