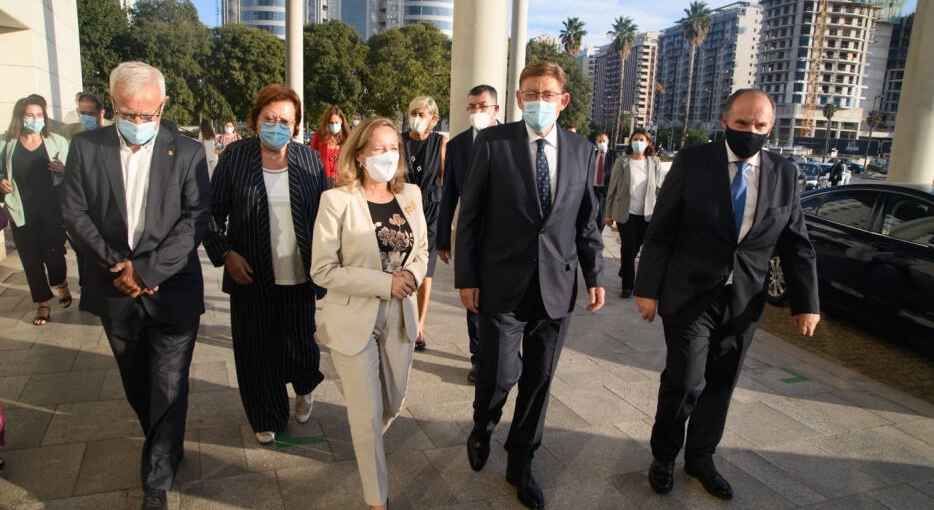 The president of the Valencia Chamber of Commerce, José Vicente Morata, has highlighted this Thursday the "effort" of companies and entrepreneurs after a "hard and very difficult" year due to the health crisis and an economic recession that "we had never experienced before" but has pointed out that the indicators "are showing a change of sign in a clear process of economic recovery" after the pandemic.

Morata spoke in these terms at the Valencian Economy Night, in an event held at the Palacio de Congresos de València and chaired by the First Vice-President of the Government and Minister of Economic Affairs and Digital Transformation, Nadia Calviño, in which the Cámara Valencia Awards were presented to five companies for their innovation, social commitment, internationalisation, business career, excellence in the management model and that this year also recognises a Portuguese company for its contribution to the Valencian economy, as well as paying tribute to Ricardo Martínez Valls for his business career.