Three Spanish entrepreneurs dismantle the clichés of the 'startup' world 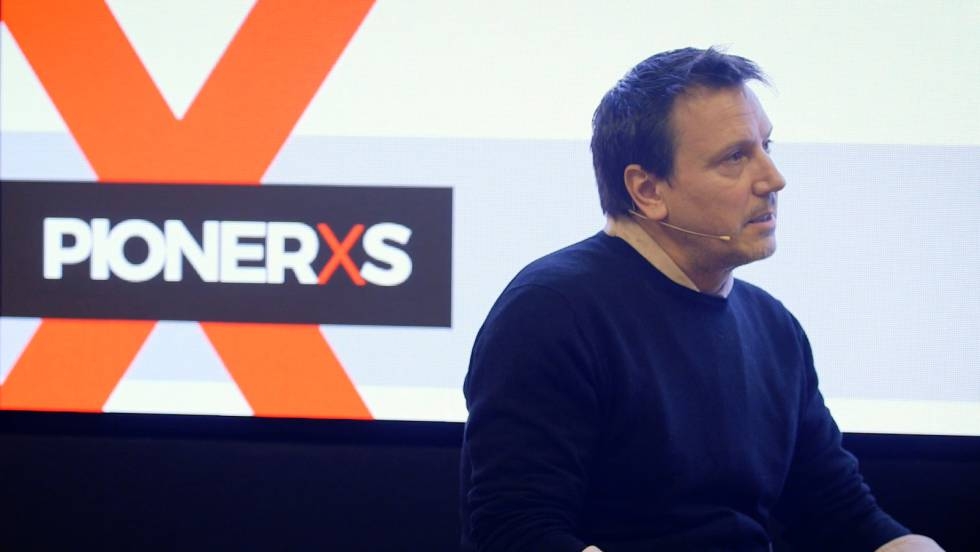 Pepita Marín, from 'We are knitters' had never seen a ball of wool before launching her 'knit it yourself' company on the Internet. In the Work Cafe of Banco Santander she talked about her beginnings with Pablo Sanagustín, from ONiAd, and Pablo Kurt Verdú, from Filmaffinity.

It's not a passion turned into a business, which is what everyone thinks," explains Pepita Marín, who "didn't know how to knit and hadn't picked up a few needles" before founding We Are Knitters (something like 'we are knitters') with her partner Alberto Bravo in 2011. Eight years later, with customers from all over the world buying their knitting kits and publishing their wool creations on Instagram, We Are Knitters has become a reference point for that much-talked-about marketing idea: making money by selling 'experiences'. "If someone wants a yellow scarf, they don't buy a kit to make a yellow scarf, but they go to Zara and buy it for themselves. That's why we always say that a cinema is more competitive than Zara".

The story begins during a trip to New York by Marín and Bravo, then employees of the PwC audit firm, seeing a "hipster" armed with needles and a ball in the subway. Then they tried it out themselves, loved the experience and decided to start their own company. Marín remembers from that time that she was interested in fashion "like any 22-year-old girl who likes fashion," but what she wanted was to be entrepreneurial and that's why she launched herself. "I think that if it had been my passion I would have made more mistakes, those that you let yourself go because you love it," she summarizes.