The startup Uphint wins the 5th edition of the Órbita programme 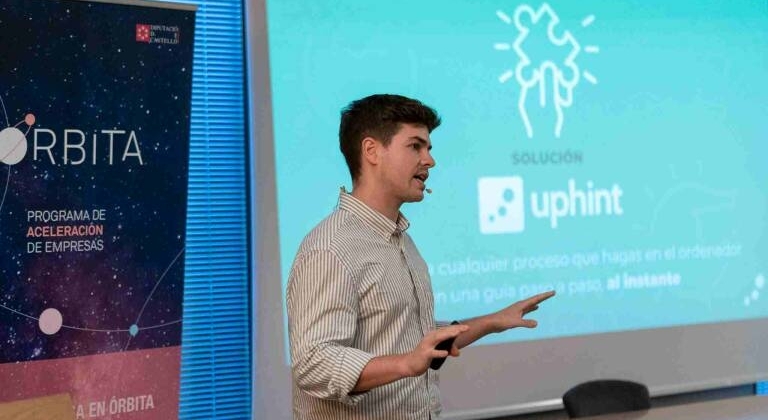 The two co-founders of Uphint, Grisel Dugarte and Diego Díaz, received recognition from the Órbita Awards Committee this Friday 18 November, having been selected as one of the five winners of the Órbita Award, along with Clotsy Brand, HauxT, El asador en tu casa and Neurocatching. They were remitted a prize of 20,000 euros, which concludes the startup's participation in the business acceleration programme launched by Órbita Castellón six months ago.

Of all the startups that applied in June 2022, only 10 were selected to participate in the Órbita programme, named the best acceleration programme in Spain out of more than 400 according to the Funcas 2022/2023 ranking. The startup Uphint was one of those chosen, defined as an innovative and disruptive project with great growth potential.